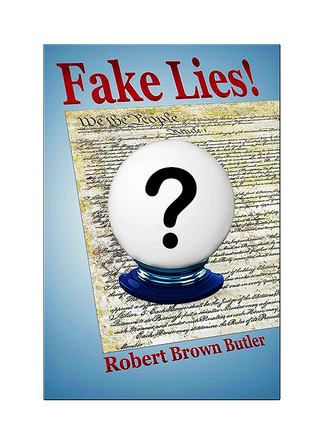 "So, what do you think of President Cain?"

"He sure knows how to speak his mind. More than most of them silly politicians up there. Why, what do you think of him?"

"I uh, I don't like the way he says things that make people hate each other."

"I guess I just did. Hateful remarks like his don't do anybody any good. They consign the hated and unhated to hostile camps, then they'll likely do a lot less for each other if they had the chance, so why do it?"

"Take you and me. If we had good thoughts about each other, we'd probably be friends. But if somebody puts an idea in your head and mine that makes you hate me and me hate you, we're gonna think less of each other. And if that happens here and there a few million times across the country, think of how much less everyone'll want to help each other if they had the chance."

"Here it is pertinent to ask, why is all this so relevant in light of the present debate? It is this, Mr. Boister. When faced with the tensions of the day, it is exceedingly difficult for one to imagine what life was like in this nation more than two long centuries ago, when our citizenry in the space of one decade became manacled by a repression administered from the far side of the Atlantic. When We the People finally said we have had enough, it took seven long dreadful years of bitter war to restore the freedom they once enjoyed. Imagine our citizenry today having to endure that same dreadful span of shackling and slaughter all over again!

"Here our forefathers had an advantage over us: They learned of freedom by having to endure its opposite. As such we do not know it so well, so we are not so aware of its benefits and what we would lose by its absence. But we can learn much of our forefathers' sufferings by reading their histories and experiencing by association how they struggled to replace the fright of repression with the joy of freedom. Then We the People of today may come to ask: Is the mere removal of one evildoer so small a price to pay to discourage years of horror involving millions of our numbers from happening again? This is what we representatives of our citizenry have been deliberating for three seemingly long but in the great scheme of things three very short weeks.

"So I end by saying to all of my esteemed colleagues seated in this august chamber: Several years of history may be condensed to a page in a book, but history is written every day, and today is one of its epochal days!"

In this tantalizing tale of ruthless exploitation that could easily be titled The Wolf and The Rabbits, Conan Cain, a real estate mogul from New York, will stop at nothing —including betraying his country to its most menacing global enemy— to use the office of the Presidency to stuff his pockets with billions of dollars while Democracy totters as an innocent bystander. Due to the sleuthing of a retired journalist who limps on a cane whose shaft contains a digital antenna that can detect the President’s conversations from outside the White House, our principled but perishable democracy is saved from being ruled by a greedy tyrant and his aquisitive cronies.

Exceptionally 'user friendly' from beginning to end, Disaster Handbook is comprehensive, profusely illustrated, practical, exceptionally well organized and presented, and is enhanced with the inclusion of an Addenda that covers surviving a plane crash, a train wreck, a sinking ship, and even a shooting. Disaster Handbook should be a part of every personal, family, and community library reference collection.  - Midwest Book Reviews

Architecture Laid Bare is more than just a great book for demystifying the entire architecture process for the layman. Butler writes in a convivial, conversational style that makes even the most technical passages easy to digest. He also peppers the text with anecdotes and stories of his colorful and exciting life. These stories help illustrate the concepts and techniques Butler discusses, but also make for entertaining reading all on their own. Also filled with detailed illustrations and fascinating photographs, this is as complete a book on architecture as you could ever want, whether you own a home or not! AVB_NY

These seven thin books describe more than a dozen typefaces designed for computers. Some of these typefaces include every letter and diacritic mark used in more than seventy American-variant languages spoken around the world, and some typefaces are novelty faces. The guidebooks describe their attributes and list the keystrokes to type their characters.

… I found [The Ecological House] to be way ahead of its time as to its ideas on building environmentally sound houses and its analysis of the differing activities of each room. This brilliant rethinking of the purpose of the various rooms was notable. I was most impressed that his thinking enabled him to divide the multipurpose "living room" into smaller "formal, passive, and active" centers that were much more efficient. The numerous drawings it contained were most helpful in illustrating the author's very important ideas on designing for the most efficient and money saving ways to build homes, including locating the house to deal with differing climates, constructions that modified extremes of weather, and original ideas on size and layout of contents of individual rooms. This book should be in the libraries of every serious "green" enthusiast. Like I said, it was WAY ahead of its time. Beth Caldwell, Amazon Reviewer